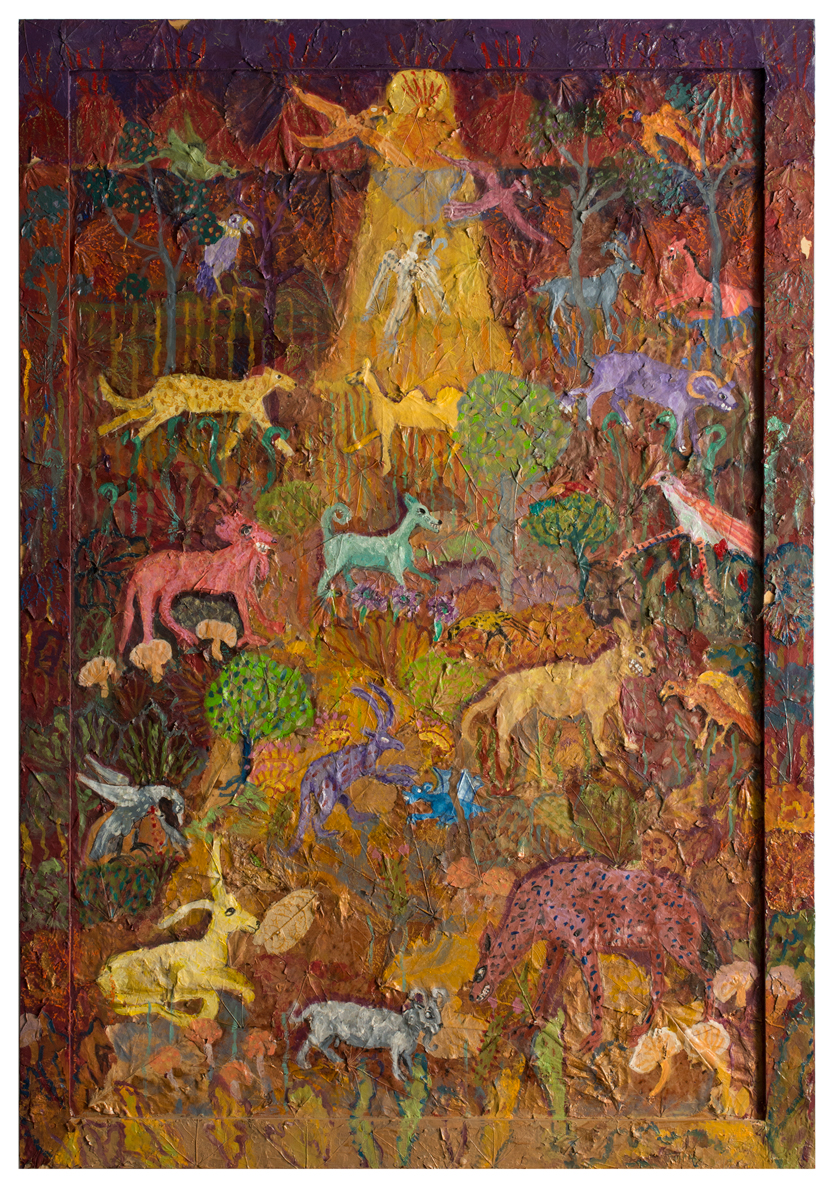 The paintings in this series depict the corruption of civilization during the period preceding WW2. Scenes from history co-mingle with images from the present and challenge the viewer’s imagination to connect the dots.

A Bestiary is defined as “a medieval allegorical or moralizing work on the appearance and habits of real or imaginary animals.”

When Noah loaded his ark, he was very specific about which animals would be allowed on board. These are the creatures left behind.

Crushed dried leaves were adhered to the board before paint was applied which created a crinkly texture throughout.

Media: Acrylic with dried autumn leaves pressed and adhered to board.