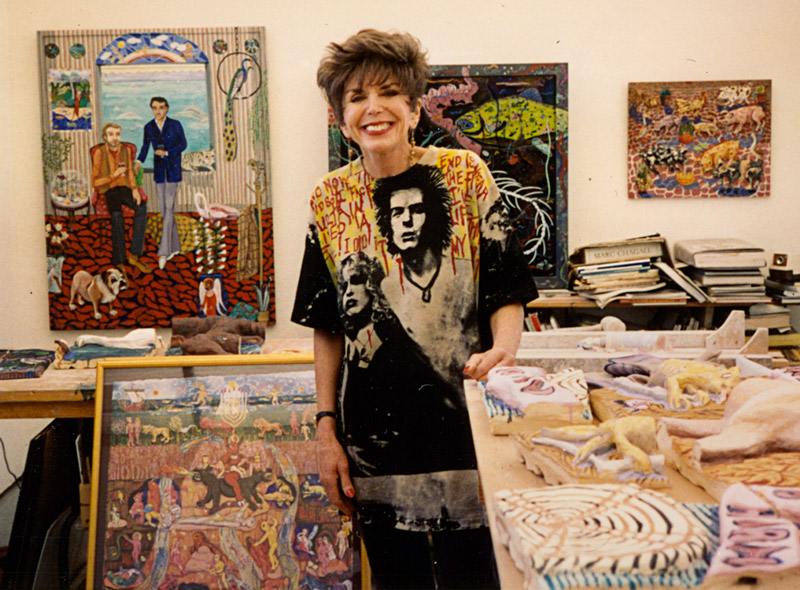 Maria in her studio, Santa Cruz 1992. Photo by Kathy Elzey.

Barbara May Pincus (Hebrew name, Rivkah), daughter of Samuel Pincus and Bessie Aronson, was born on May 25, 1928 in Brooklyn, New York, joining siblings Sydelle and Paul. Her life was indelibly colored and shaped by the Jewish, Italian and Spanish communities in their neighborhood. Being the child of enterprising Eastern European immigrants and perhaps, in part, because of her father’s abrupt death from a heart attack when she was 9 years old, Barbara developed a strong work ethic early on. In her words: “When I was 12, I had a summer job in New York City working an addressograph (mail-stamper). I pushed one envelope at a time under the machine all day. If I didn’t pay attention, I could have mashed my arm!”

Having absorbed an appreciation and enthusiasm for the arts from her self-taught, Russian-born mother, Barbara was an avid visitor to art galleries and museums and would often and eagerly stand in the back row to take in operas and plays. She graduated from Washington Irving High School and continued her education at Hunter College, New York where she earned a BA in Humanities.

She married her love, Frank Taffet, and followed him to California. They settled in Sacramento in 1949 where she found employment as a seamstress, a social worker and a school teacher while raising 3 children, Gilda, Francine and Paul. She taught at Marvin Marshall and Thomas Kelly elementary schools in the San Juan Unified School District where she was known for her energetic and creative teaching style and for engineering and leading multi-disciplinary classroom projects.

Barbara and her friend, Colette Garrison, opened Jennifer Pauls Gallery in 1970. The gallery, named for the youngest children of each owner, was one of the first businesses to take root in the redevelopment area known as Old Sacramento.

Devastated by the 1973 death of her husband from a heart attack at 48, Barbara reinvented herself as Maria Alquilar in part to “put her old life behind her.” She took solace and refuge in her own artwork and concurrently continued to build and develop the gallery. She became sole owner and maintained a loyal following as Jennifer Pauls moved briefly to her home in Auburn, CA and then Roseville before returning to Sacramento to share space with the prestigious Himovitz/Solomon Gallery downtown.

“It was one of the best galleries in town,” said Sacramento Bee art critic Victoria Dalkey. “She worked really hard for the people she represented. She worked well with buyers and collectors too, and she championed a lot of women artists.”

In 1986, she sold the business to Beth Jones and Dean Moniz and left Sacramento to pursue her own art career, represented by the John Pence Gallery in San Francisco.

Maria won her first public art project in 1982, a submission to a whimsical project called “The Inedible Renwick Birthday Cakes” at the Renwick Gallery of the Smithsonian Institute. Her ceramic piece was added to the permanent collection.

She continued to hone her craft during two fellowship residencies at the Kohler foundry in Wisconsin where she learned how to cast her work in bronze and steel.

In 1995, she received the prestigious Art in Architecture Award for her ceramic and metal altar, Bien Venida y Vaya Con Dios (Welcome And Go With God), a major public art installation at the border station between Mexico and the United States in San Luis, Arizona. The models for this project reside in the Smithsonian’s permanent collection.

She also received several commissions from the Sacramento Art in Public Places program, including a series of ceramic murals at the light-rail station at 29th and R streets, a mural and fountain at the water treatment plant headquarters on 35th St and multiple murals for a fountain and seating area at the Fairbairn water treatment facility on the American River near California State University, Sacramento.

Her public art projects also include large illustrative ceramic installations in Denver, Colorado; San Jose and Livermore, California, where she made some unfortunate flippant comments to the press that were blown out of context and proportion, causing her a great deal of grief from some ensuing hate mail and distorted notoriety.

She lived and worked in Santa Cruz for 13 years, then moved to Miami, Florida in 1999, invigorated by the flavors of Haitian and Cuban culture.

In 2005, Maria’s son, Paul, passed away after many years of difficult illness. Again, she dove deeper into her work to mitigate her pain.

She continued painting and sculpting for several more years until her body gradually lost the strength to do the hard physical work she thrived on. She moved back to Sacramento in February, 2014 and passed away peacefully on June 5.

Victoria Dalkey writes: “Looking inward to an imaginative world of fantasy, Maria Alquilar creates a personal mythology with universal appeal. Attended by radiant angels and tearful mermaids, a vibrant bestiary of mythical animals populates Maria’s intense narratives.
Reflecting her Latin-American and Russian ethnic background, Maria’s richly detailed paintings and sumptuously stained and patinaed metal sculpture draw inspiration from Russian Icons and Mexican folk art retablos. They bring together mythic elements from many cultures, transformed by her vivid imagination into strong works that remind one of Rousseau and Frida Kahlo, but are unremittingly her own.
Catholic symbolism, animism of tribal cultures and elements of Maria’s own history come together in her paintings. A cross-cultural mixture of myths also pervades Maria’s metal constructions. The icon-like metal wall pieces have a deep, mysterious luminosity. Alquilar stuns us with the richness of her imagination.”

1992 Sixteenth Street Underpass, Denver, Colorado
six ceramic murals; A Life In Harmony With All Of Creation 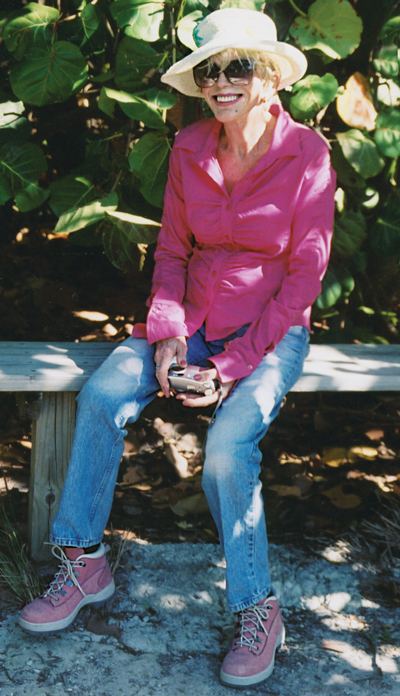