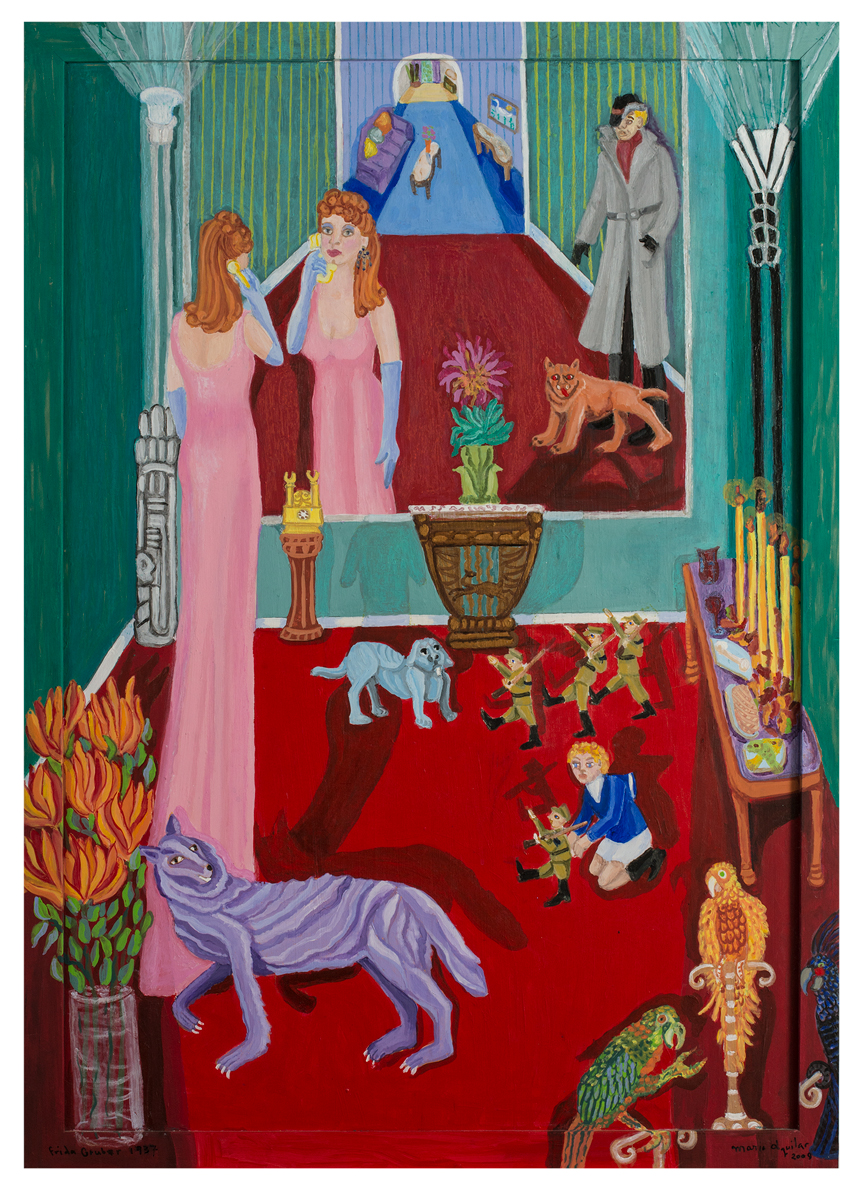 The paintings in this series depict the corruption of civilization during the period preceding WW2. Scenes from history co-mingle with images from the present and challenge the viewer’s imagination to connect the dots.

Depiction of the hedonistic lifestyle during the German Reich inspired by the work of director-producer Rainer Werner Fassbinder.

Fassbinder references: Most of the scene reflected in the mirror takes place beyond the foreground action and behind you, the invisible observer. In Lili Marleen (1981), a German singer is in love with a Jewish resistance fighter. Her recording of the song, Lili Marleen, gets co-opted by the Nazis which makes her an unwitting national heroine while she tries to sustain her private life with the resistance hero. The story does not end well for the singer… A dedication in lower left corner to Frida Gruber references a character from Ali: Fear Eats the Soul (1974) a tale of interracial and intergenerational love in which Fassbinder exposes the nasty, pervasive nature of racism in the West.

Media: Acrylic on board