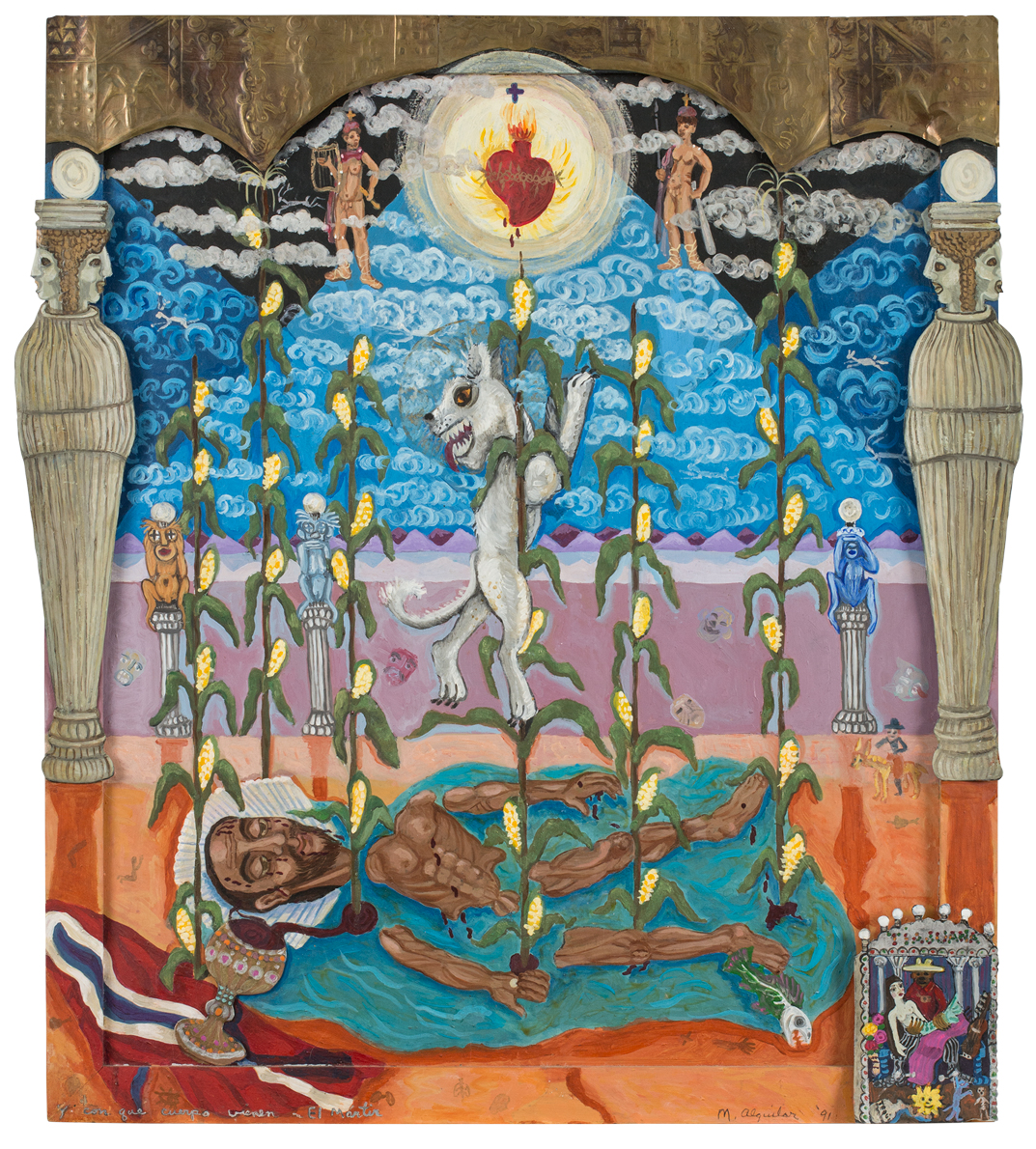 And With What Body Do They Come:

This series employs combined myths to illustrate the journey to salvation and enlightenment. The title alludes to a poem by Emily Dickinson which in turn refers to the Resurrection.

The Martyr was a young native who was brutally murdered and dismembered by the army of Spanish conquistador Hernando Cortés. From his blood, corn grew for the first time in Latin America. The painting also refers to the cannibalization of native cultures by the invading conquerors.

Hieroglyphics and designs are hammered into gold metal at the top of the painting. A small retablo with Maria’s mermaid being carried away is attached to lower right frame. The 3 monkeys are witnesses.

The metal used as the substrate for the painting and the attached elements (columns, ceiling decor, goblet and retablo) is cut from old newspaper press sheets (typically aluminum).