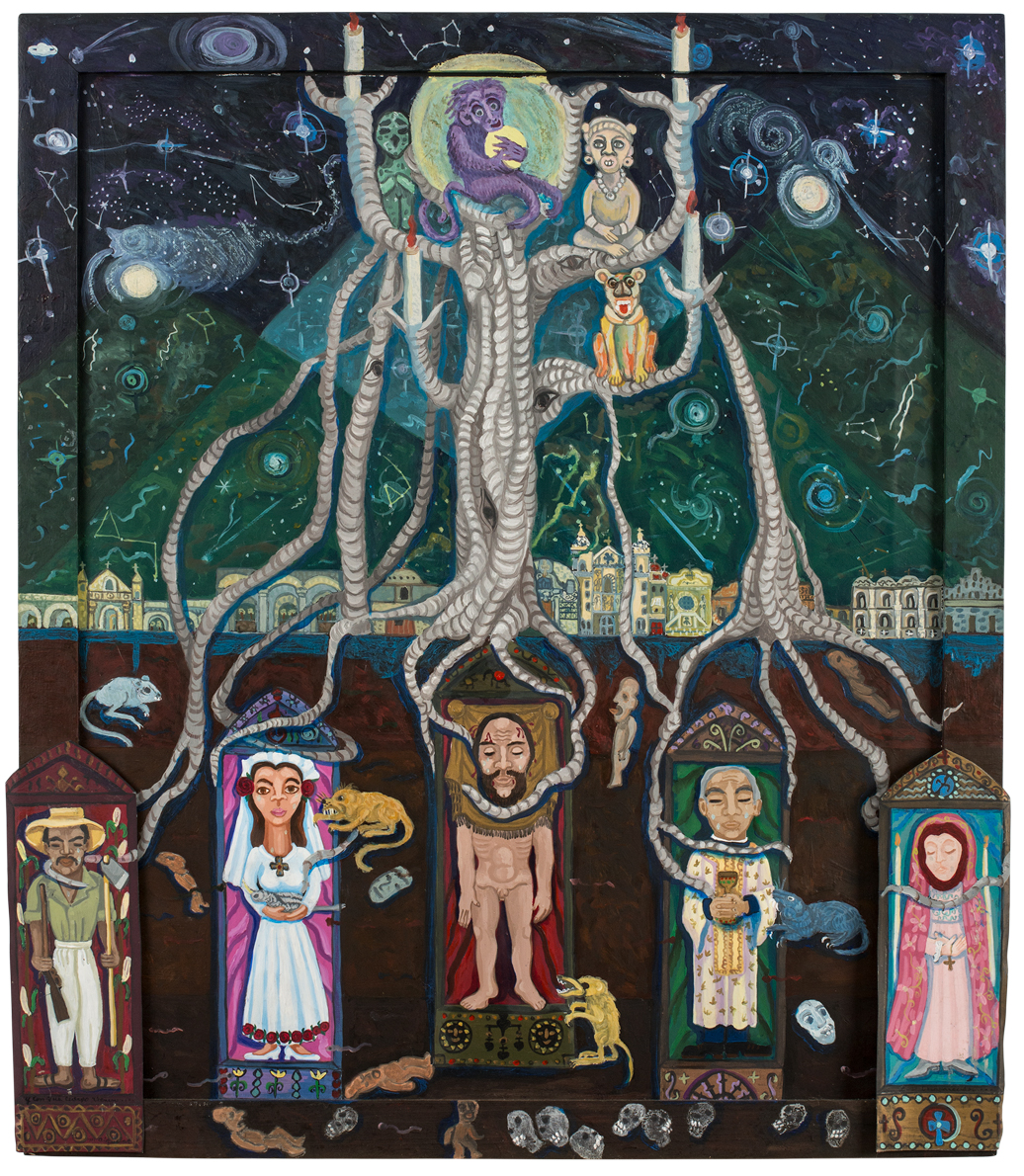 And With What Body Do They Come:

This series employs combined myths to illustrate the journey to salvation and enlightenment. The title alludes to a poem by Emily Dickinson which in turn refers to the Resurrection.

Los Desaparecidos/The Disappeared is the name given to people who were considered to be political or ideological threats to military governments and who were arrested or kidnapped and then vanished without a trace. This painting is an homage to the thousands of Latin American victims in Guatemala, Chile, Argentina and El Salvador.

A worried monkey presides from the top of a gnarled candelabra tree with eyes in the branches. An assortment of pre-Columbian figurines sit in the tree and lie in the ground. Each coffin is a small retablo (a devotional painting in Mexican folk art).

The metal used as the substrate for the painting and the attached elements (coffins, rats) was cut from old aluminum newspaper press sheets.