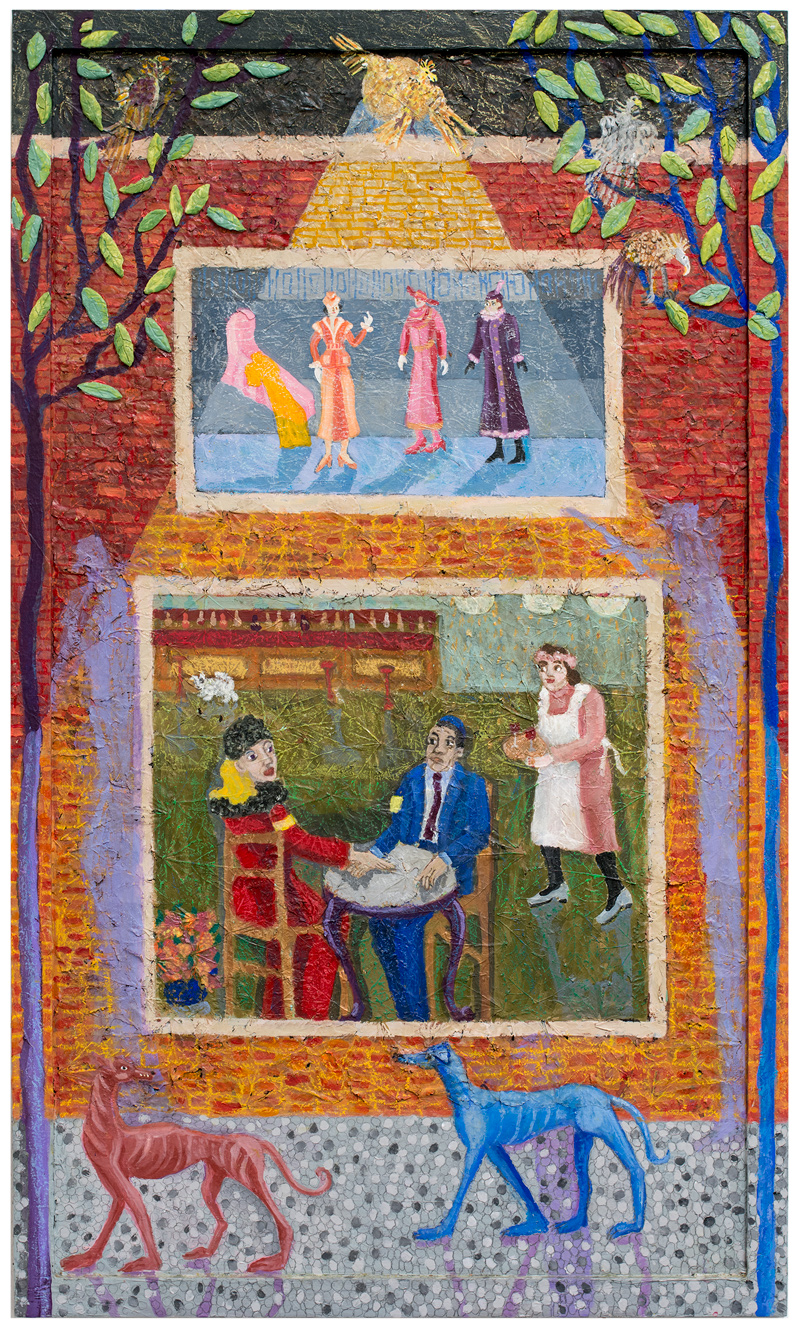 The paintings in this collection depict the corruption of civilization during the period preceding WW2. Scenes from history co-mingle with images from the present and challenge the viewer’s imagination to connect the dots.

A series of coordinated attacks against Jews throughout Nazi Germany and parts of Austria was carried out by SA paramilitary forces and non-Jewish civilians on November 9 and 10, 1938. German authorities looked on without intervening. The name Kristallnacht comes from the shards of broken glass that littered the streets after more than 1,000 Jewish synagogues and 7,500 Jewish businesses were destroyed and approximately 30,000 Jewish men were arrested and taken to concentration camps. The event was exploited and manipulated by the Nazis to help fuel a campaign to annihilate the Jewish community in Europe.

The trees are filled with vultures, the moon with a phoenix. Shadow musicians play outside the window of the Jewish home. the scene in the upper window suggests a society in denial.

The tree leaves are made of clay. Crushed dried leaves were adhered to the board before paint was applied which created a crinkly texture throughout.