Dancehall of the Dead 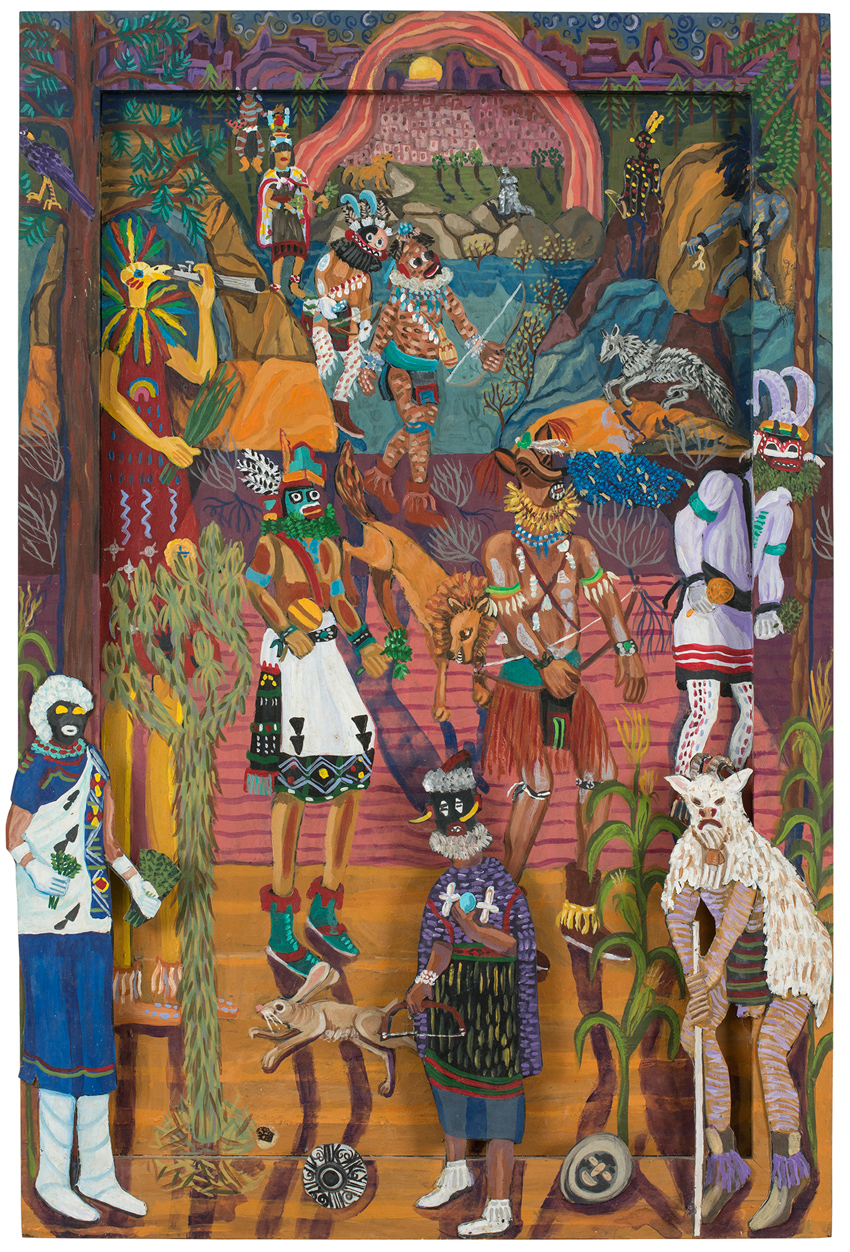 Dancehall of the Dead

The Zuni believe that kachinas, or spirit beings, live in Zuni Heaven, a mythical location which can be reached through Listening Spring Lake (a real place located at the junction of the Zuni and Little Colorado Rivers). Author Tony Hillerman’s telling of the tale calls it the Dancehall of the Dead. Kachinas hold the wisdom of ancestors and have the power to bring rain, make crops bountiful and to cure illnesses. They interact with people through sacred dance rituals.

ONE VERSION OF THE STORY…

The Zunis sacrificed children to the gods by drowning them in the river. The children were transformed into water creatures who swam to a land called the Dancehall of the Dead where they became the first Kachinas. The Kachinas returned to the villages during planting and harvest festivals but the people wanted to travel back to the Dancehall of the Dead with them. The problem was that they had to die to do this… The Kachinas told the elders to choose the most virtuous and enlightened of their community to don masks designed to look like Kachinas. These masked representatives replaced the real Kachinas in the rituals and no one had to die. From then on, the Kachinas never returned in person, only in the spirit held by the representatives.

The metal used as the substrate for the attached characters in the lower half of the composition was cut from old aluminum newspaper press sheets.