Welcome and Go With God 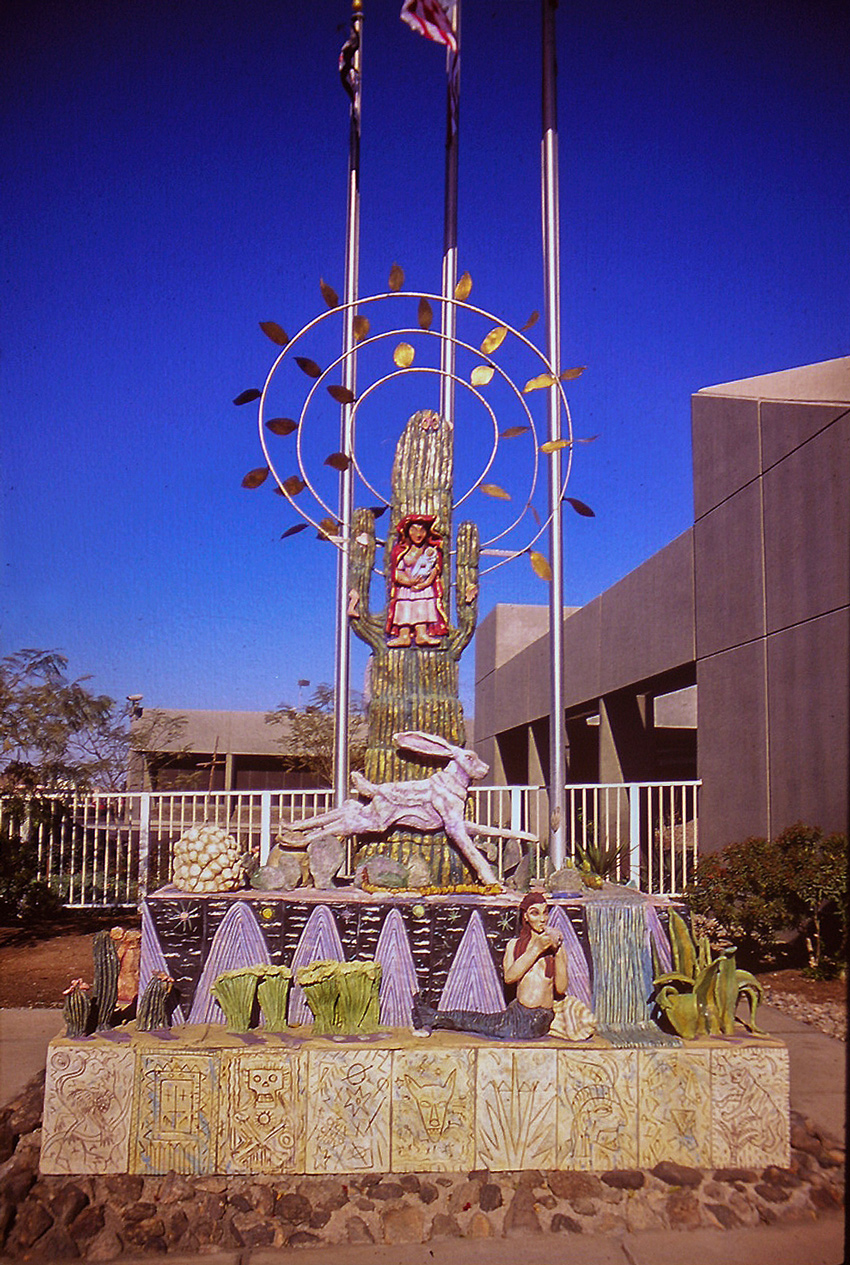 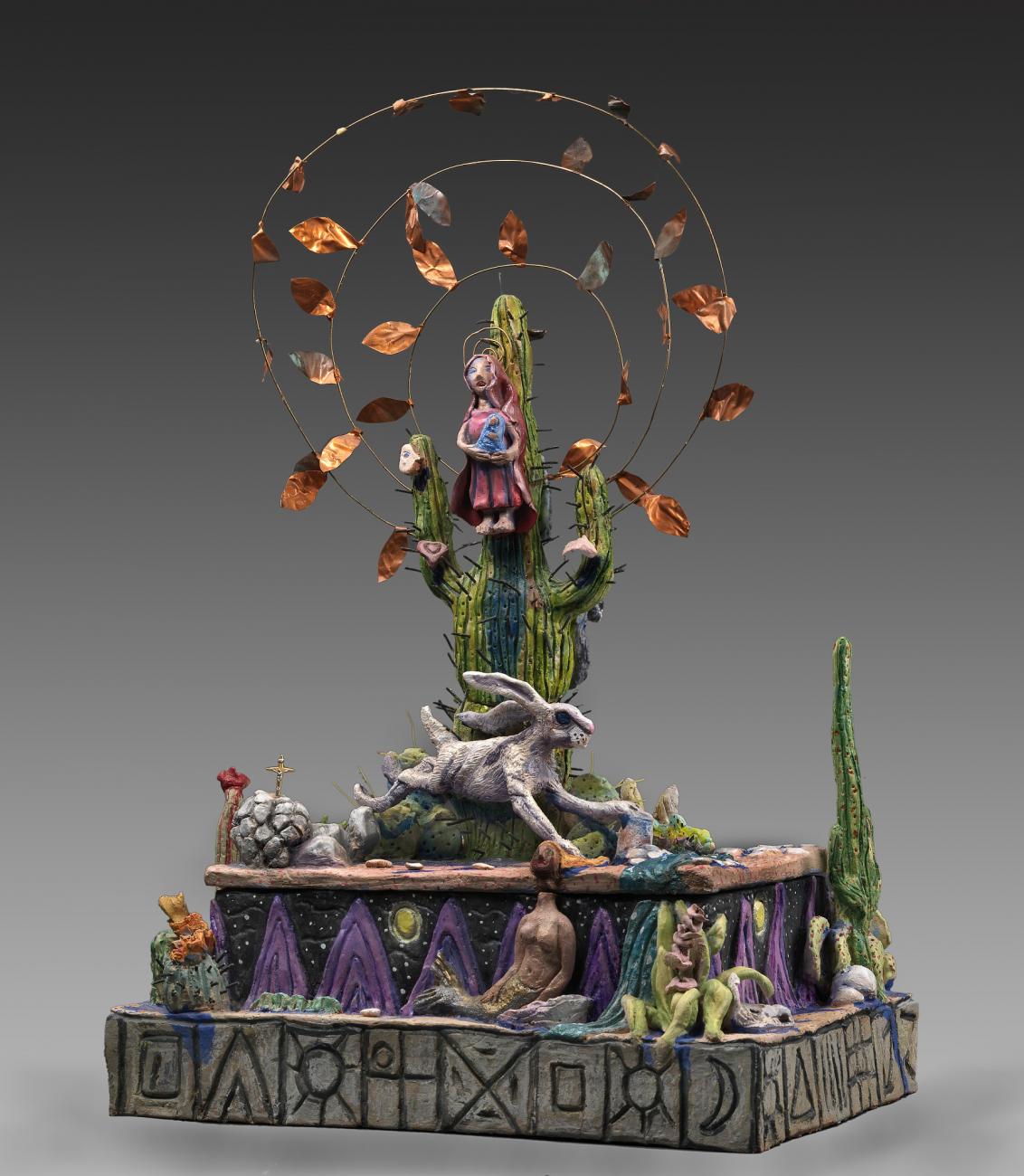 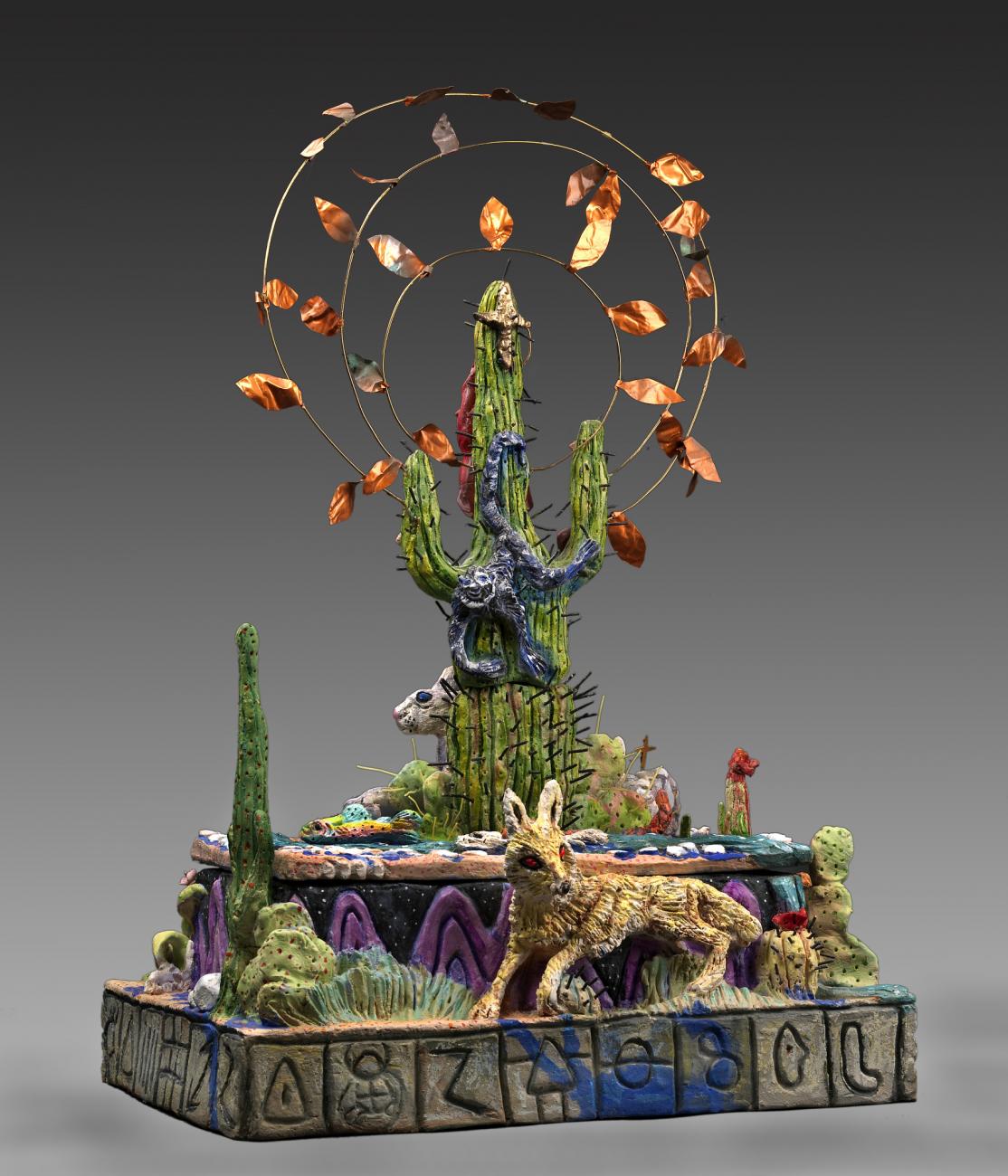 This large altar was designed for the border station in San Luis, Arizona. It won the U.S. General Services Administration (GSA) Art in Architecture Honor Award. The maquette/model for the project is in the permanent collection of the Smithsonian American Art Museum, Luce Foundation Center. and is included in an exhibit running May 2019 through June 2020: Sculpture Down to Scale: Models for Public Art at Federal Buildings, 1974–1985 (See maquette photos below.)

Maria Alquilar created this sculpture to pay tribute to the resilient spirit of the Mexican people, who overcome adversity “[to] hope and work and live.” The saguaro (cactus), which offers its water and flesh to those stranded in the desert, becomes an altar for Our Lady of Guadalupe. The baby she holds is a symbol of all Mexican children whose parents come to the United States in order to survive, while the cross stands among the rocks in memory of those who died in the attempt. The rattlesnake and spider monkey are native creatures of the Southwest, but the snake also stands for the temptation to leave one’s home, as Adam and Eve left Eden, for “a more sophisticated hell than that which they have left.” The coyote refers to the immigrant smugglers, or “coyotes,” who take the immigrants’ money and often leave them to die in the desert.

The mystical, animated desert serting refers to the Arizona landscape but also serves as an analogy for the lives of the the region’s residents. The Rabbit, for example, refers to the gift of survival. The Snake encourages travelers to eat the fruit of knowledge. The Rio Grande alludes to the River of Life with its potential for salvation or death.

The altar is built of clay with metal elements. The maquette is built of ceramic, copper foil, wire, paint and plastic.