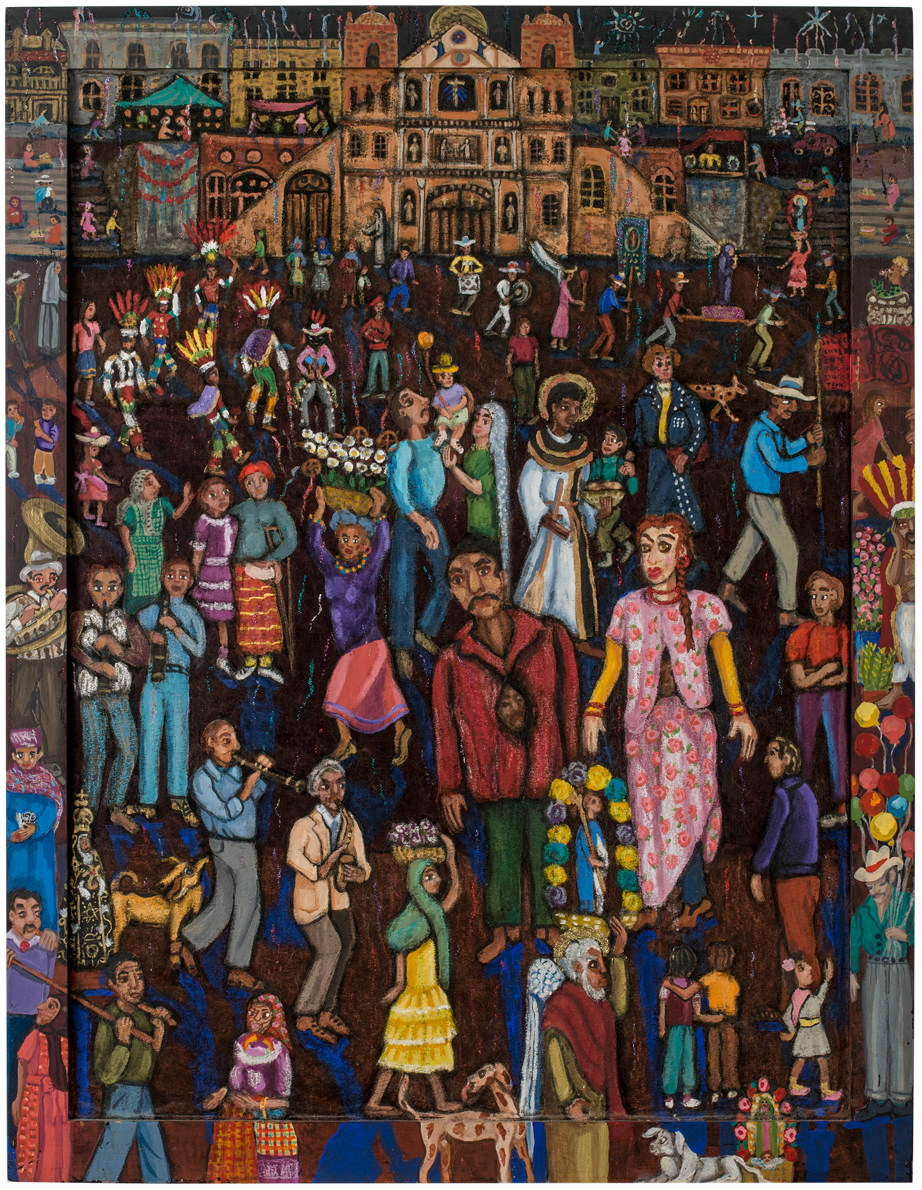 Holy Week takes place during the last week of Lent and the week before Easter. Spanish Catholicism came to Mexico through conquest and, as a result, Semana Santa in Oaxaca is a colorful blend of European traditions and local indigenous practices.

People from the barrios participate in intensely spiritual and symbolic pageantry and celebrations to commemorate the last days of Jesus’ life. They build altars, prepare food, decorate, pray and dramatically stage the events that occurred during the days before and after the crucifixion.

Many people gather to celebrate in the main plaza in front of the magnificent Basilica of Our Lady of Solitude. The cathedral, commonly referred to as La Soledad, is home to an especially revered statue of Mary, Virgin of Solitude, the patron saint of Oaxaca.

According to local folklore, a mule driver on his way through Oaxaca from Veracruz noticed that he had acquired an extra animal. At what is now the location of La Soledad, this mule collapsed and, when the bags that it was carrying were removed, it suddenly died. Inside the bags, an image of Mary and Jesus was found with an inscription that read The Virgin of Solitude at Christ’s Feet. This was interpreted as a sign of divinity and the construction of the sanctuary was ordered in honor of this divine occurrence.

Notice the Mojigangas, giant papier-mâché puppets with the puppeteers peering out from inside their bellies. These ceremonial figures came to Mexico via Spain. They often accompany religious pilgrimages but they can also function as effigies of saints and kings or to ridicule public figures.

Black velvet provides a wonderful dark background which makes colors pop. Ciudad Juárez, Mexico was a center of velvet painting in the 1970s.